EFC Group ahead of schedule for ambitious 2016 financial target 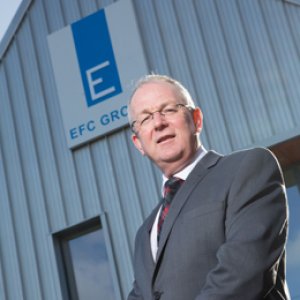 EFC Group, a leading designer and manufacturer of instrumentation, monitoring, handling and control systems for the global oil and gas industry, has announced it is one year ahead of schedule for reaching its 2016 turnover target of £30million.

This result has established EFC as one of the world's market-leading capital equipment providers for MPD control systems. The Group offers a project managed integrated package, including reelers, umbilicals and stab plates to hydraulic and remote touchscreen controls, as well as subsea hydraulic and subsea electronics module (SEM) pods.

CEO of EFC Group, Bob Will, said: "I am confident from the company's 2014 success that we have strong foundations for the year ahead as well as having positioned ourselves at the forefront of innovative and industry compliant controls technology.Our success is testament to our effective growth strategy and most importantly to our experienced, 'can-do' minded and committed team.

"This order book has us ahead of target and on track for exceptional financial results come March 2015, providing a robust platform as we enter the new financial year. In the arena of lower oil price we understand there will be challenging times ahead. Keeping abreast with new technology allows us to offer the most cost effective solutions to our client base. EFC's track record, size, compliance with safety systems and capabilities, ensures the company is a secure choice as the market environment tightens for our clients."

Alongside this exceptional financial growth, EFC Group has also seen a significant increase in staff numbers, almost tripling from 54 in 2010 to just under 160 in 2014. Included in these numbers is the key appointment of Michael Scott, who recently joined as business development manager.

Michael has over 10 years' experience working in the oil and gas industry and joined EFC Group from AusGroup in Singapore, where he was responsible for company sales. Prior to this, Michael was local director for RCPAT PTE, where he led the set-up of company operations in Singapore.

In his new role, Michael will focus on substantiating and building strong client relationships. He will lead the growing Aberdeen-based business development team, focusing on UK, European and Middle Eastern markets.

EFC Group currently employs around 160 members of staff across its offices in Aberdeen, Leeds, Houston and Singapore. The Group also has international representation in Abu Dhabi and Brazil, making it well placed to service its global client network.